Serendipity -- An Unexpected Reconnection with my Sisters

This past Saturday I met my two sisters Janet* and Eileen* for the first time.  What an afternoon it was: sharing heartfelt hugs, shedding a few tears, enjoying many laughs, telling family stories, and combing through boxes and boxes of photos.  To know just how this unlikely reunion came about, you will have to read my previous post.  Many seeming coincidences had to come together, and my daughter Jenn was the grand connector.  For me, this unfolding of events is a type of grace that cannot be explained, just accepted and treasured. 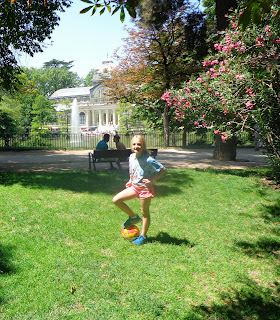 My oldest granddaughter Grace looks just like my sister Janet


In these posts, I am giving my sisters pseudonyms, because my original mother is 90 years old and in fragile emotional health.   We would not want to expose that emotional fragility, or hurt her in any way.  Like many human beings, she has her limitations, and she does the best that she can.  Although she was able to say to me "I love you in my heart" ten years ago, she did not want to meet, and like any reasonable adult, I have honored her request.

My sisters and I can go right ahead deepening and developing our relationship -- something that all three of us very much want to do -- without hurting our original mother.  We are 68, 63 and 58 years old, surely old enough to decide who we do and do not wish to associate with.  Once again, why does any state entity or adoption facilitator feel that it is his or her right to attempt to micromanage adult relationships simply because adoption is involved?

The long-time practice of sealing the original birth certificates of adopted people is outdated, discriminatory, ineffective and immoral.  Every adult should have access to her own legal documents and be trusted to behave in an appropriate manner.  It is a well-established fact that original mothers were never promised lifetime legal anonymity, and most original mothers, actually, do want to know what has happened to their surrendered offspring.  Furthermore, adopted people are not stalkers intent on upending the lives of their original families.  In most cases, they are just looking for the beginning of their own stories, medical information, peace and closure.

By some type of grace, I have received all of these things in spite of the efforts of the state of New Jersey to keep my original birth certificate sealed.  I now know that malignant melanoma, a disease I am currently battling, runs in my family line.  I know that I have inherited my skeletal structure and my blond hair from my original mother, who is Danish.  I know that Janet as a young girl bears an amazing resemblance to my oldest granddaughter Grace.  Janet loves working in her garden, just as I love working in mine.  Eileen's favorite place on earth is the beach -- so is mine.  Eileen loves nature and flowers -- so do I.  The fact is that the three of us feel a profound connection to one another.  There is truly a bond here that transcends space and time.

And in another moment of grace, this amazing reconnection has made me appreciate my adoptive family, whom I have always loved, even more.  My mother and father have long been deceased, but how they loved each other, and how they loved my brother and me!  They provided a happy, stable home for us, and my a-brother continues to be a loving and loyal friend to both me and my husband.  There was always lots of love and laughter in my home when we were growing up.

Today, as an older adopted adult, I believe I have a wiser perspective about the institution of adoption that I ever had before.  It is not the people touched by adoption who are flawed -- it is the adoption system itself.  Until adopted adults are treated equally by law and with the respect they deserve, adoption will remain a terribly tainted system.  No matter where in the world of adoption you might fit, I would hope you would come to understand my perspective, which has been gained from years of experience living as an adopted person.  Please believe me when I say that there is plenty of love to go around, and that all of our connections -- to both original and adoptive family -- can indeed be sacred.


*Names have been changed to protect the identity of my original mother, who is emotionally fragile. 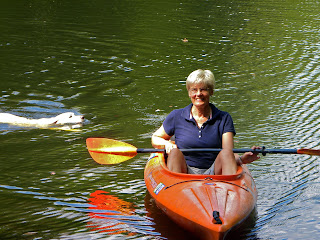